tainadu
About the major Kannada newspaper published from Bangalore during the freedom struggle, also its founder Sri P.R.Ramaiya and his family.Most of the people of that era are no more.So this is about A little bit of history here and there and also of old Bangalore.We hope to have frequent addtions to these blogs. Pl comment/add if you know about the paper or the family. If interested,you can also look at the blogs in lordoftheuniverse@blogspot.com (maintained by P.R.Vishwanath)Piks can be enlarged for proper viewing 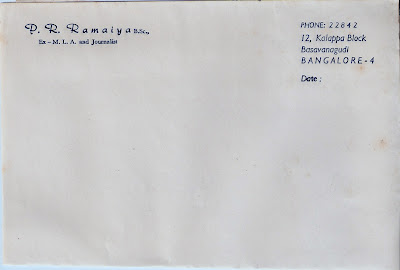 Letter from Father (Shri Ramaiya) in Mysore to Son( P.R.Vishwanath ) in U.S.A(- in December 1969)
it is mostly about the split in Congress. He rues the attitude of the politicians who were later to become old congress. The letter also has reference to Soumya ( ' the child is pretty and only two and a half months' ) the first grandchild in the family 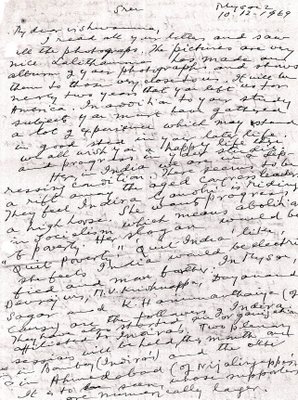 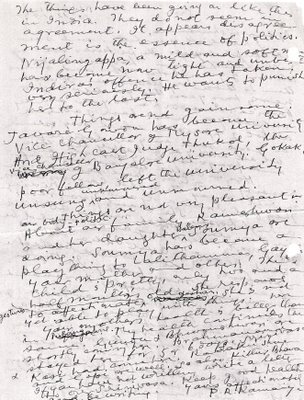